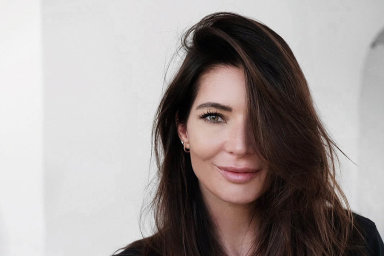 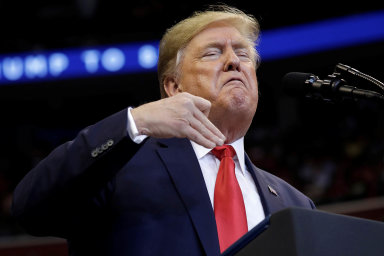 (WASHINGTON) — A Democratic senator said Tuesday he has at least 51 votes to support a bipartisan resolution asserting that President Donald Trump must seek approval from Congress before engaging in further military action against Iran.

Sen. Tim Kaine of Virginia said the Senate could vote as soon as next week on the measure, which is co-sponsored by two Republican senators and has support from at least two more. Republican Sens. Mike Lee of Utah and Rand Paul of Kentucky have co-sponsored the measure, and GOP Sens. Todd Young of Indiana and Susan Collins of Maine said Tuesday they will support it.

“We now have a majority of colleagues, Democratic and Republican, who will stand strong for the principle that we should not be at war without a vote of Congress, and that’s a very positive thing,” Kaine told reporters Tuesday.

The bipartisan resolution “clearly states that America can always defend itself,” against attack from Iran or any other country, Kaine said, “but we don’t think th..

(MOSCOW) — Russian President Vladimir Putin proposed a constitutional overhaul Wednesday to boost the powers of parliament and the Cabinet, a move signaling Putin’s intention to carve out a new position for himself after his current term ends.

Prime Minister Dmitry Medvedev submitted his resignation hours after Putin discussed the constitutional amendments during his state of the nation address.

The Russian leader thanked Medvedev for his service but said the prime minister’s Cabinet had failed to fulfill all of its objectives. In televised remarks, Putin said Medvedev would take up a new position as a deputy head of the presidential Security Council.

Medvedev, a longtime close associate of Putin’s, has served as Russia’s prime minister since 2012. He spent four years before that as president in 2008-2012, becoming a placeholder when Putin had to switch into the prime minister’s office because of constitutional term limits on the presidency.

Medvedev obediently stepped down after j..

(TEHRAN, Iran) — Iran’s president warned Wednesday that European soldiers in the Mideast “could be in danger” after three nations challenged Tehran over breaking the limits of its nuclear deal. Tehran’s top diplomat meanwhile acknowledged that Iranians “were lied to” for days following the Islamic Republic’s accidental shoot down of a Ukrainian jetliner that killed 176 people.

President Hassan Rouhani‘s remarks in a televised Cabinet meeting represent the first direct threat he’s made to Europe as tensions remain high between Tehran and Washington over President Donald Trump withdrawing the U.S. from the deal in May 2018.

Iranian Foreign Minister Mohammad Javad Zarif’s admission, which came at a summit in New Delhi on Wednesday, represents the first time an Iranian official referred to earlier claims from Tehran that a technical malfunction downed the Ukraine International Airlines flight as a lie. The shoot down — and subsequent days of denials that a missile had downed it — sparked..