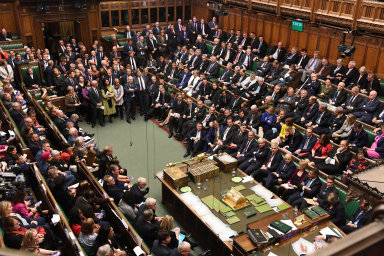 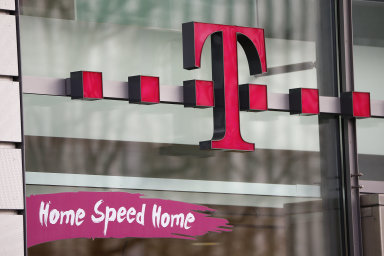 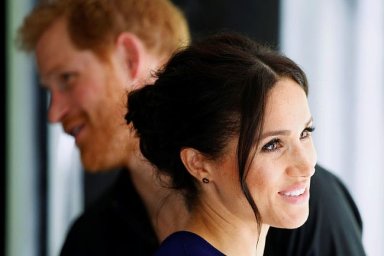 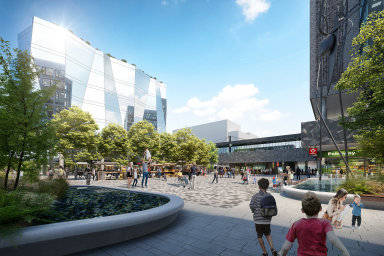 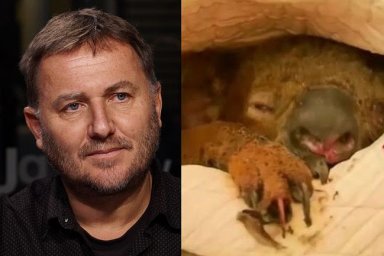 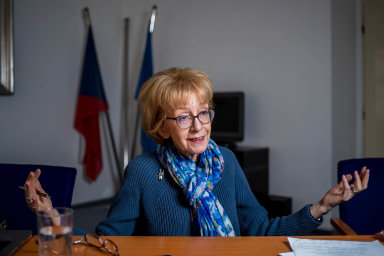 (LJUBLJANA, Slovenia) — A wooden statue mocking U.S. President Donald Trump was burned to the ground Thursday in Slovenia, the birthplace of his wife Melania, authorities said.

The nearly eight-meter (26-foot) high construction, erected last year in a village in northeast of Slovenia, showed Trump with his trademark hair style, blue suit, white shirt and a long red tie. His right arm — fist clenched — was raised high like that of New York’s Statue of Liberty.

Slovenian police are looking for the culprits.

When triggered, a mechanism inside the statue opened a red-painted mouth and shark-like teeth used to appear. “Like all populists, the statue has two faces,” its creator, Tomaz Schlegl, said when he unveiled the statue last August. “One is humane and nice, the other is that of a vampire.”

Although the construction quickly became a tourist attraction, some local villagers were unhappy with its appearance, pledging to torch it by Halloween, Oct. 31. It had to be moved to another vil..

(TOKYO) — Tokyo Olympic athletes beware — particularly larger ones. The bed frames in the Athletes Village at this year’s Olympics will be made of cardboard. Sturdy cardboard.

“Those beds can stand up to 200 kilograms,” explained Takashi Kitajima, the general manager of the Athletes Village, speaking through an interpreter.

That’s about 440 pounds, and surely no Olympic athlete weighs that much. “They are stronger than wooden beds,” Kitajima added.

He also took into account the possibility of a wild room celebration after, say, a gold-medal victory. “Of course, wood and cardboard would each break if you jumped on them,” he said.

Jae C. Hong—APTwo sets of bedroom furniture, including cardboard beds, to be used in the Athletes’ Village at the Tokyo 2020 Olympic and Paralympic Villages are shown in a display room on Jan. 9, 2020, in Tokyo.
The single bed frames will be recycled into paper products after the games. The mattress components — the mattresses are not made of cardboard — wi..

(BERLIN) — A young man in Germany has died four years after being poisoned by a co-worker and falling into a coma.

The state court in Bielefeld, which convicted the suspect in the case last year, confirmed the death on Thursday, German news agency dpa reported. It said the 26-year-old’s parents spoke about their son’s suffering during a trial last year.

A 57-year-old man, identified only as Klaus O. for privacy reasons, was sentenced to life in prison last March after the court in Bielefeld, 330 kilometers (205 miles) west of Berlin, found him guilty of attempted murder.

The defendant, who has appealed the verdict, had peppered co-workers’ food with mercury and other substances over several years, leaving one in a coma and two others with serious kidney damage.

He was arrested in May 2018 after surveillance video showed him putting a suspicious powder on a colleague’s sandwich at their workplace in the town of Schloss Holte-Stukenbrock.